A Mormon for Equality

Silence falls upon the class of vexing 9-year-olds. Boys with crooked ties and buttons askew, wrinkle their foreheads in disbelief. Girls in lacey white socks and pink floral prints marvel, eyes wide. I sit on the edge of my folding chair, young mind racing to accommodate such a revelation. The enchantment breaks with a knowing, “Girls can’t give blessings!” Order restored to Sunday School, the typical childish chaos resumes. But my 9-year-old self does not forget that moment of brilliant illumination, first learning of Mary Fielding Smith.

Mary Fielding Smith was an early Mormon pioneer, the recent widow of Joseph Smith’s brother, and the mother of seven children whom she dutifully gathered around her to embark towards the Salt Lake Valley, hoping to find the peace to worship free from violence. The most widely-told facet of Mary’s feats across the wilderness of the American West, was when she healed an ailing ox along the trail. Mary’s healing was more than just good nursing, it was a remarkable occurrence of a pioneer woman performing a Priesthood duty, a blessing of healing by the laying on of hands. Even now, I picture this strong Mormon woman kneeling resolutely, straightening her bonnet, anointing the animal with consecrated oil, placing her hands on its head, and pronouncing a miraculous blessing of healing that reaches the throne of God.

The real version of Mary Fielding Smith’s story, with a smug told-you-so stamp of patriarchal approval, came to me as a great disappointment. According to the noted 1877 history, Women of Mormondom, while Mary did indeed faithfully fetch a bottle of consecrated oil, believing her ox could be healed by holy ministration, she then asked two men to perform the blessing, rather than perform it herself.1 Because of the legend I learned in Sunday School as a child, I was raised with the liberating idea that women could, in fact, perform the laying on of hands like Priesthood-bearing men. I always assumed that Priesthood power was within me, albeit dormant. Learning the truth, that Mary had asked men to perform this healing blessing, turned a favorite story of women’s latent power into a story that reinforced the Church’s strictly male Priesthood order. Broken-hearted at the loss of my hero, I began to accept the idea that perhaps I was not worthy of God’s power because of my gender. But thankfully, one prominent pioneer’s deference to patriarchal 1800s convention is not the end of the story of Mormon women’s use of the laying on of hands to perform healings.

Richard Bushman, among the most influential modern Latter-day Saint historians, in his authoritative Joseph Smith biography, comments on Smith’s response to male Priesthood holders’ criticism of women in the Church exercising the laying on of hands.2 Smith’s response at the time was that all believers “whether male or female” could heal. Smith plainly stated that, “there could be no more sin in any female laying hands on the sick than in wetting the face with water.” 3,4 Thus, according to the founding prophet of Mormonism, the laying on of hands was not a Priesthood duty strictly reserved for men, but a natural outgrowth of prayer and care, available to all faithful Church members.

Joseph Smith’s stance on healings outside of authorized (male) Priesthood channels, parallels Jesus Christ’s own words when His disciples came with criticisms of their own regarding non-disciples healing and casting out devils in Christ’s name. The response then was to “Forbid [them] not: for he that is not against us is for us.”5 Or perhaps Joseph Smith would have said, she that is not against us is for us. For Christ, the use of godly power to perform miracles was not monopolized by those who were strictly considered members of Jesus’ exclusive band of disciples. Elsewhere in the New Testament, women are specifically included as part of this in-group of Christ’s followers.6 Notably, these women ministered to Him in His agony at the Crucifixion.7 If the Savior Himself had permitted even non-followers to use His name to perform healing miracles, could not these female devotees have ministered to the suffering Lord, laying on hands, prolonging His life until His suffering sufficiently finished?8

Joseph Smith again compares the question of female-driven healings with Christ’s counsel to His New Testament followers, this time explicitly. From minutes recorded by Eliza R. Snow, “President Smith continued the subject by adverting the commission given to the ancient apostles, ‘Go ye into all the world’ and etc.—no matter who believeth; these signs, such as healing the sick, casting out devils and etc. should follow all that believe whether male or female.”9,10

With expressed permission from Joseph Smith and with examples from the life of the Savior that are easy to interpret as not forbidding any believers, including women, from healing in His name, Mormon women boldly engaged in healing by the laying on of hands.11 The practice was further encouraged by prominent Mormon woman, Eliza R. Snow, whose strong opinion on the matter was printed in the Mormon magazine, Woman’s Exponent.12 Snow wrote, “Any and all sisters who honor their holy endowments, not only have the right, but should feel it a duty…to administer to our sisters in these ordinances, which God has graciously committed to His daughters as well as to His sons…it is not only our privilege but our imperative duty to apply them for the relief of human suffering.”13

Suddenly, and without explanation, this holy service performed by faithful sisters was dismissed by future-prophet Joseph Fielding Smith’s 1946 written statement, “that it is far better for us to follow the plan the Lord has given us and send for the Elders of the Church to come and administer to the sick and afflicted.”14 Presumably, God’s servant had spoken: God’s plan including healing by ordained Elders, not by sisters. Ironically, this policy was pronounced by Mary Fielding Smith’s own grandson, later the tenth President of the Church, as if in penance for the rumors that would surround his grandmother’s alleged ministration to her sick ox on the trek West.

As my own self-worth fluctuated with my exposure to different versions of Mary Fielding Smith’s story, so can the self-worth of my Latter-day sisters ebb and flow in response to Church policies and teachings. As such, Mormon women should once again be sanctioned to heal by the laying on of hands, empowering them to recognize their inherent spiritual strength and their infinite worth as daughters of God. This is not an issue of women demanding Priesthood ordination to perform healings, this is merely supplicating for the permission to exercise our existing, divine spiritual gifts. President Joseph F. Smith, the generational link between Mary Fielding Smith and Joseph Fielding Smith, and himself the sixth President of the Church, wrote, “…there is no impropriety whatever in [women washing and anointing for purposes of healing], inasmuch as they do it in a proper way, that is, in the spirit of faith and prayer, and without assumption of special authority…”15 Women healing with faith and power from the Holy Spirit, not with Priesthood authority, harmonizes with modern Priesthood roles.

From the Book of Mormon’s final chapter, “…deny not the gifts of God… For behold, to one is given by the Spirit of God… exceedingly great faith; and to another, the gifts of healing by the same Spirit.”16 Joseph Smith intuited that healings performed by women must have been from God, as proved by their efficacy, stating that “God gave his sanction by healing” the infirm whom the women prayer over.17 I call upon modern Church members to test Joseph Smith’s hypothesis, and allow the efficacy of women’s healings to be the proof that re-instates the practice. Allowing a trial on this principle would implement Christ’s own test for determining the veracity of God’s words, namely to actively “do His will” and thereby concretely know “whether it be of God” or not.18 Meanwhile, we as women can focus on our inherited power of fierce faith, passed down from our pioneer foremothers, as we rekindle our dormant spiritual gifts.

LP Jackson lives in New York City. She spends many nights on her laptop, either researching international laws or writing the next great American novel. She is a cancer survivor who celebrates the beauty of life through endless ice cream cones, day hikes, and sunflowers.

2 thoughts on “Healings, Heroes, and Heartaches”

“We pray for those who have lost loved ones in this modern plague, as well as for those who are currently infected or at risk. We certainly pray for those who are giving such magnificent health care. When we have conquered this—and we will—may we be equally committed to freeing the world from the virus of hunger, freeing neighborhoods and nations from the virus of poverty. May we hope for schools where students are taught—not terrified they will be shot—and for the gift of personal dignity for every child of God, unmarred by any form of racial, ethnic, or religious prejudice. Undergirding all of this is our relentless hope for greater devotion to the two greatest of all commandments: to love God by keeping His counsel and to love our neighbors by showing kindness and compassion, patience and forgiveness. These two divine directives are still—and forever will be—the only real hope we have for giving our children a better world than the one they now know.”

Holiness to the Lord The Mountain of the Lord 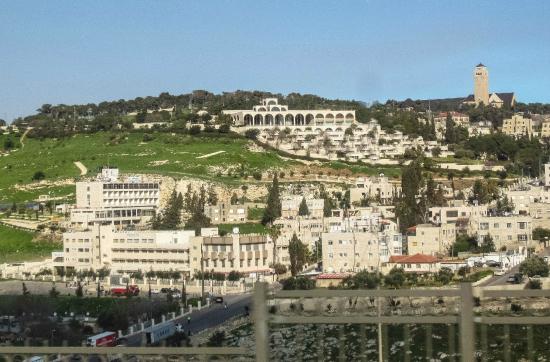 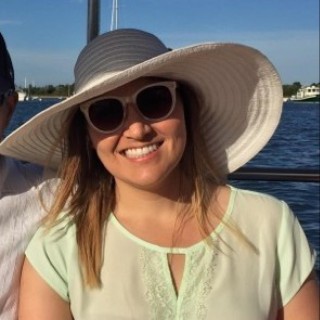 LP Jackson lives in New York City. She spends many nights on her laptop, either researching international laws or writing the next great American novel. She is a cancer survivor who celebrates the beauty of life through endless ice cream cones, day hikes, and sunflowers.

Start a Blog at WordPress.com.